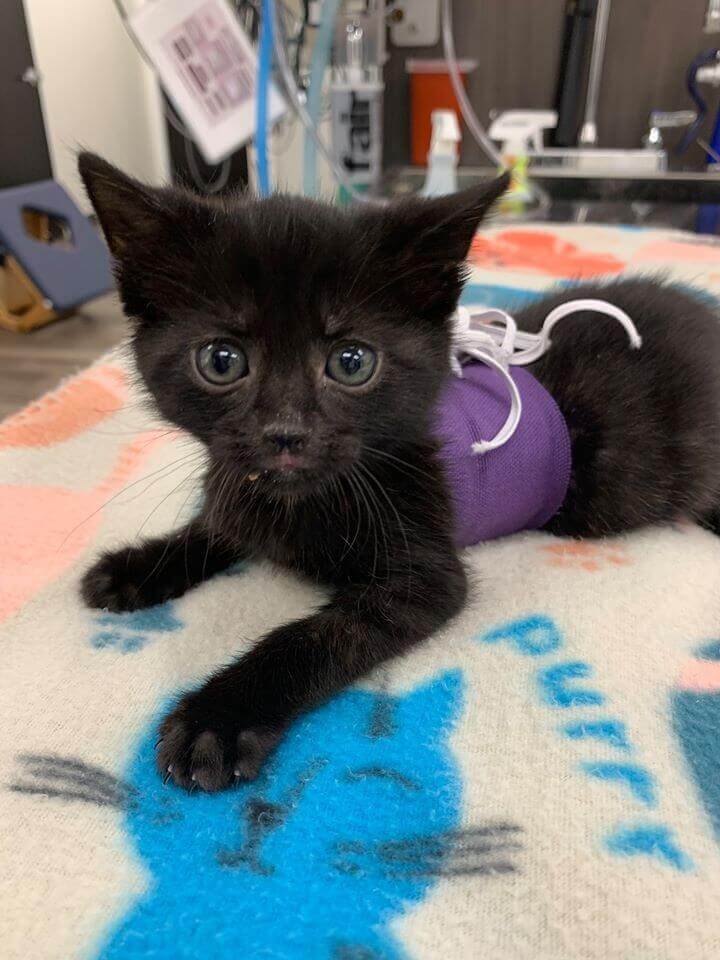 Little Howard was just 5 weeks old when he was brought to us from Cat Haven. They noticed something about the shape of his body wasn’t quite right. After thorough examination, Dr. Lacie was able to diagnose Howard with Flat-Chested Kitten Syndrome, or FCKS. FCKS is a condition in which kittens develop a compression of the thorax, causing their chest to appear flattened. It can also cause failure to gain weight and difficulty breathing, among other side effects.

Dr. Lacie took radiographs to determine the severity of his condition. Luckily, Howard did not have accompanying pectus excavatum, or kyphosis, both commonly associated with FCKS. 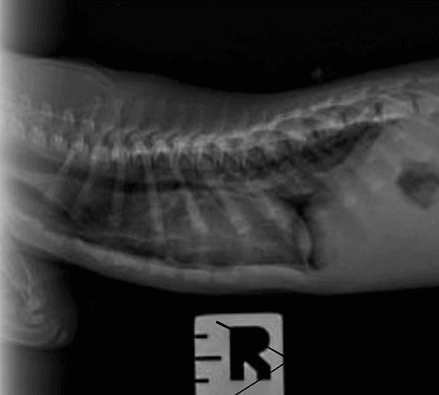 The next step was to determine how to reshape little Howard’s chest. After some trial and error, Dr. Lacie and her team were able to create a perfect one-of-a-kind outfit, made just for him! Crafted from canvas and shoelaces, the outfit would serve as a tiny corset that would slowly mold his rib cage into a more normal kitten anatomy, allowing room for his chest cavity to develop.

The corset didn’t bother little Howard one bit, and he continued to thrive, as playful and curious as ever. As he grew, the corset was readjusted weekly to support Howard’s growth, and encourage the reshaping of his chest.

Did the corset work?

In just two months, Howard’s condition and growth improved drastically! The corset had worked, and, after serving its purpose, Howard was finally able to set it aside. Howard is now a happy and healthy kitten, and he’s ready to take on the world! We're so happy we were able to help this little kitten achieve the quality of life he deserves.

How Are We Doing?

review us!
Back to top